The 24th annual conference of CAPS (Chinese Association of Political Science) took place on November 8~9 in the north side of General College of Social Science in Taiwan’s National Chengchi University. The theme in 2014 is “The International Political Economic Change and Challenge to Democratic Governance.”

This conference has gathered all the elites of political science through public call-for-paper, aggregating national and international scholars dedicating themselves to the related studies of political science. We have eight focuses this year: “Global Politics and Economy,” “Democratic System and Operation,” “Civic Society and Political Participation,” “”Political Governance and The System for Civil Officials,” “International Condition and Relation Across the Taiwan Strait” and “Aboriginal Ethnicity.”

Thanks to the enthusiastic participation from people in various fields, CAPS had drawn over 600 people to our annual conference. There were 196 experts and graduate students presenting 71 papers and 10 newly published books in the conference in 34 seminars. Furthermore, we had also arranged the press conference for the new books in the field of political science and an exhibition for our attendants to grasp the latest information in the Political Science Academy.

In the meantime, CAPS held our 27th meeting for our members. This meeting was hosted by our chair-man Prof. Yuang-Kuang Kao, and it reported to our members about our present situation and related trivia, including the revision of our constitution laws, the financial result in 2013, the project-plan and the financial budget in 2014 as well as the preview of our upcoming conference in 2015.

CAPS would like to express our gratitude to the patronage from various public and private organization and individual volunteers. Due to their generous patronage and helpful communication, CAPS was able to create an effective academic meeting with many enriching conversation as well as promising scholarly exchange. We are grateful to have the helps from the faculty and students in National Chengchi University’s Development Studies Center. Also, we would like to express our special thanks to the organizations who had helped and guided us on this event, and they are The Institute of Political Science at Academia Sinica, Ministry of the Interior, Examination Yuan of ROC, Council of Indigenous People, Taiwan Foundation for Democracy, The Foundation on International Peace of Cross-strait Studies, The Development Studies Center of NCCU, The College of International Affairs of NCCU, and Research, Development and Evaluation Commission of Taipei City Government.

These are our research focuses in retrospection:.

Prof. Jiang-wen Kou in the Department of Political Science in NCCU had presented a paper titled “The Tension in the Border of Xing-jiang: Why the Conflicts between Han and Ulghur Ethnic Groups Keep Deteriorating?” with the MA student of National Taiwan University Sing-zong Zheng. In their essay, they point out that the interventions of religious radicals and exterior power have worsened the conflicts between these two ethnic groups, in addition to their historical feuds, and such interventions have deepened the mutual distrusts toward each other and lessened the potentiality of peace among them.

Dr. Wen-tin Yang of University of Denver in the United States had presented a paper titled “The Influence of China-Japan Military Competition over the East China Sea,” and in this paper, Dr. Yang notes the changes of their naval forces and military deployment and the controversy over the borderline territory – Senkaku Islands. Dr. Yang asks whether the intensification of China-Japan military competition can change the East Asian condition and the China-Japan policies toward Taiwan. At last, Dr. Yang evaluates the potential choices left for Taiwan on the military strategies and diplomatic policies in the future.

Prof. Wen-yang Chang in the Department of Diplomacy of NCCU had presented a paper titled “The Peace Discourse in the Capitalism of International Relations: from 1970~2011,” and in this essay, Prof. Chang tries to examine the wars and military collisions from 1970 to 2010 from the perspective of general economic system and discuss how economic system affected the international relations. The nations who have more economic freedom and less intervention toward the trades have fewer opportunities for wars and military collisions. The reasons may be, this enables the state to get involved in the market, and the capitalistic nations have to bear more capitalized costs on the war affairs. In the simultaneous context of economic system and democratic system, the former exerts more effects on blocking military activities.

Professor Xu-chi Wang in The Law Department of SooChow University and graduate student Mei-yi Tsai had presented a paper titled “The Impact of Multi-lateral International Conventions on China and the Influence of ASEAN Trade and Investment Law on Taiwan,” and they point out in the paper that Taiwan, as part of the pivot of Asian economic trade, has close relationship with People’s Republic of China and other nations in ASEAN. Therefore, the league between PRC and ASEAN will undoubtedly place huge influence on Taiwan, particularly the investments. The confirmation of “Agreement on Comprehensive Economic Co-operation between ASEAN and the People’s Republic of China” has eradicated the investment obstacles between them and offered the best interests and welfare security over the members of these regions. The result might be the exclusion of Taiwan as the participation of China and ASEAN would unfavorably deteriorate the discrimination of Taiwan in the general Asian economic trade.

The Democratic System and Operation

Professor Zi-Chiao Su in the research center of National Chiao-tung University and Professor Ye-li Wang in the department of Political Science in National Taiwan University had presented a paper titled “The Influence of the President and Mixed-member System during the Election Season over the General System of Political Parties: a Cross-nation Analysis,” and in this paper they examine how the mixed-member system has influenced the general condition of political parties in the democratic nations all over the world. They debate whether the presidential election or the mixed-member system places bigger impact over the general election. By the full-scale cross-nation analysis over the democratic nations all over the world, they attempt to have a global overview to determine the priority between these two in order to have a full grasp of the close details in the making of the system of political parties in the democratic nations.

Professor Chang-ping Lin in the Department of East Asia studies in National Taiwan Normal University had presented a paper titled “The Spatial Message in the Presidential Election: the Comparison between Taiwan South Korea,” and in this paper he attempts to combine the spatiality and KLR signal analysis to contemplate the predicative efficacy over the various indexes of election results, making positive analysis by the recourses gathered from the elections of Taiwan and South Korea and discerning the differences and commonality between these two by the spatial signal analysis.

The PhD candidate Jing-fang Chen in the department of Public Administration in NCCU had presented a paper titled “The Case-study of Feng-hwa (from National Museum of History and Tai-hwa Pottery) as the Innovative Governance of Creative Industry,” and in this paper she attempts to propose the framework analysis of innovative governance and its association with the recent cultural creative industry. She uses the case of Feng-hwa, which is a brand of product created under the cooperation between Tai-hwa pottery and National Museum of History to indicate the present condition and challenges for the Public Administrators on the promotion of cultural creative industry.

In her research, Chen discovers that NMH abandoned the conventional method of unilateral authorization but chose the cross-field strategy instead to strengthen the integrative partnership between the public and private administrators, actively taking full control of the environmental changes. At last, she discussed the potential improvement of such innovative governance as a reference for governmental policies in order to benefit the theoretical cultivation of “innovative governance.”

Professor Shi-xian Chang in the department of Public Administration and Policy in National Taipei University had presented a paper titled “”News Media and Straightforward Democratic Participation: the Case-study of Sunflower Student Movement, and in this paper he discusses the process of Taiwan government’s promotion of Cross-strait Service Trade Agreement, and how this had provoked the Sunflower Student Movement. He uses this example as the case-study to contemplate the operational condition and efficacy of Taiwan’s news media. In Chang’s analysis, the students had made effective usage of news media to put their political ideals into practices through various online platfroms over various issues and policies, and they had stimulated positive effects on democratic governance.

Democratic Governance and the Trends of Political Thoughts

Professor Yi-ming Yu in the department of Political Science in National Defense University had presented a paper titled “Relativism or Binarism? The Metamorphosis and Transfiguration of Ancient Military Ethics and Thoughts in China,” and in this paper he manifests the endless debates on whether the old Chinese military culture is idealistic or realistic and have military ethics changed by the environment. In this paper, Yu attempts to analyze the moral genealogy of Chinese values and cultures by the perspective of cultural anthropology. The factors of changing time and space have rinsed, ruminated and transformed the foundation of our culture. In the Spring and Autumn period Chinese military ethics were basically idealistic, and we emphasized on the “military solidification through manners.” Later on, the military ethics had been transformed into “a base built upon cunning.”

Professor Kun-lu Wu in the department of Public Affairs in Ming Chuan University had presented a paper titled “The Making of Non-strategic Decision-making from Japanese Democratic Government on the Disadvantageous Society,” and in this paper Wu takes the literature review methodology to contemplate from the basis of “the Kuznets Curves” and “Political Kuznets Curves” and applies Charles Tilly’s concept of “the inequality of social categorization” to solve this case. The emphasis of inequality embedded within the system enables the dominant powers to strength their structural foundation, and henceforth the inequality issue is rooted in the organization of the system as the governmental efforts of re-distribution does nothing more than temporal alleviation.

In long-term observation, “the un-strategic decision-making” are mainly based upon certain important issues and also other potential issues. The issue of “disadvantageous society” has not been directly handled during the reign of Japanese democratic government. On the contrary, the government rarely pays direct attention to important policies basing on the economic revival, which are related to the practice of social equality, but these policies are nothing more than the means of economic revival. 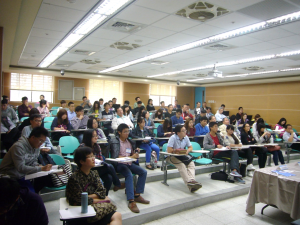 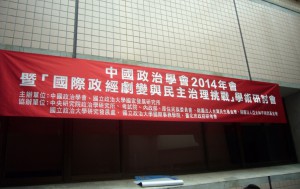 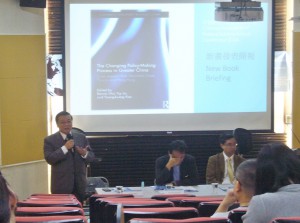 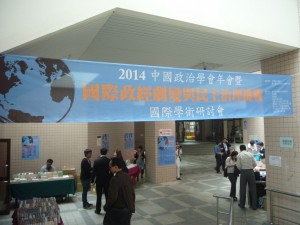 The Annual Academic Conference of Chinese Association of Political Science The...
Scroll to top